「Using the climactic scene of the opera Salome by Richard Strauss – Salome sings a solo to declare her love for the severed head of the prophet Jochanaan, who rejected her and thus was killed by her request, and kisses his cold lips passionately – I ask a male dancer to interpret this scene and to sing and dance to the music as a role of Salome. The dancer wears a motion capture suit so that his movements are traced. Computer graphics then generates the female figure of Salome based on the data of his movements.Twisting her body, CGI Salome is exclaiming in her madness to face Jochanaan’ s severed head “You wouldn't let me kiss your mouth, Jochanaan!” just like the original opera. Her drives and emotions here are in fact created by the movement of the male dancer. At first, the audience of the video perceives that the male dancer’ s body is indeed the subject, and that the body of CGI Salome is just subordinate to his movements. Because the synchronization of two movements is clearly generated by motion capture technology, there is no doubt about this structure. After a while, however, the motion of CGI Salome gradually diverges from the male dancer. Whereas Salome places a curse at the head of Jochanaan and yells “You didn’ t look at me!” as the final scene of the original opera, the male dancer starts hesitating to sing. He is somehow having an anguished dance, and still wearing the suit. The motion of Salome is finally separated from him, and it hallucinates as if his body was seen as the body of Jochanaan which was gazed and desired by Salome in the midst of her singing voice. At this point, the gaze of the viewer is substituted into the one of Salome, that is to say, the viewer is staring at the dancer’s body, in other words the body of Jochanaan, who’s seductively suffering and panting. What Salome is longing for is simply to be gazed by Jochanaan. Obviously, one who is filmed cannot see his/her body itself during a shooting. The video attempts the experience of hallucination that your shadow, that you think it was, diverges from your body and in return addresses its love and hatred to you. This practice is a sort of my answer for the issue of narcissism about which video as a medium has been fundamentally questioned.」 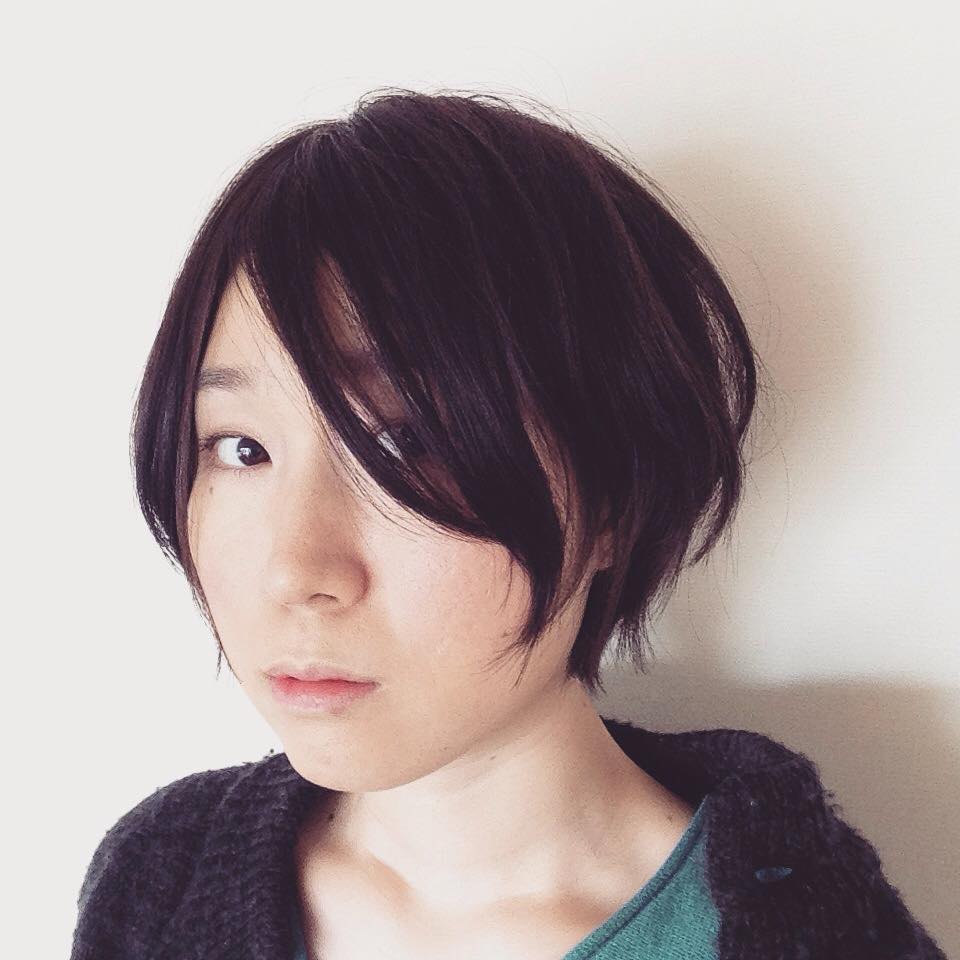 Momose, who has participated in numerous exhibitions since her university days, seems to be focusing on the structure and mechanism that can be seen by objectifying the act of objectification itself through all actions taken by the subject consistently. By touching on the phenomenon of sympathy with others at times, such as seeing or listening, it gradually reveals that art possesses a structure involving the exchange of sympathy in the first place. I recommended her works as I believe they will be very powerful when displayed in a location where exhibition and sales coexist.